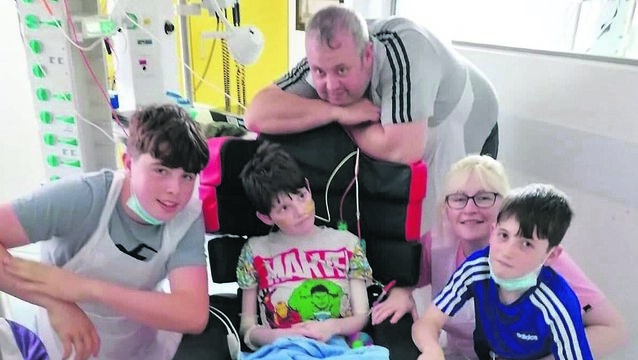 Thirteen-year-old Luke Carr from Midleton is living with an illness known as Pitt Hopkins Syndrome, which is characterised by intellectual disability and developmental delay, breathing problems, and recurrent seizures or epilepsy.
GoFundMe campaign started to help Midleton teen Luke and his family

A Cork teen is entering his tenth month in hospital in Dublin, with all the stress that entails for his family, and now friends have launched a GoFundMe campaign to help support them.

Over the last number of months he has fought through a number of medical setbacks including sepsis and MRSA.

The community has already raised more than €30,000 for the family in the hope that they will be able to cover some of their overall expenses including fuel for hospital trips and help with Luke’s ongoing care.

Luke was transferred from Cork University Hospital to Crumlin Children’s Hospital in May and has since undergone a series of surgeries and stints in the Intensive Care Unit. His parents Kathleen and Pa are taking turns travelling to Crumlin so Luke can have someone at his bedside at all times.

The 13-year-old is also non-verbal, often making it difficult for him to communicate the source of his pain.